How To Fix A Broken CD, DVD, Or Blu-Ray Drive On Your PC 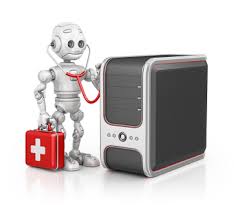 One of the things that have made computers so popular is the fact that they can be used as entertainment hubs for listening to music and watching movies. Should something go wrong with your PC’s CD, DVD, or Blu-Ray drive, there are a number of things that you can do in order to get back on track.

One of the most common problems that people encounter when trying to play CDs and DVDs occurs when the drive refuses to open. If you repeatedly press on the button that is in front of the drive and it fails to open, there is an easier way you can get rid of the problem. If you look at your drive, there should be a tiny hole on its front. You can use a staple pin to open the drive by inserting it into the tiny hole.

If the Drive Does not Read Your CDs and DVDs

Another issue that people commonly encounter with DVD and CD drives occurs when their computer drives fail to read CD or DVD disks. This can be frustrating, particularly if you have been looking forward to watching a movie. The problem usually occurs when your drive has become dirty and can no longer read the CDs. The solution to this problem involves using a soft cloth to slowly wipe the optical components on your drive.

Scan, Review, and Update your PC with DriverAssist from SafeBytes

Driver problems are a common reason why people sometimes encounter problems with the hardware components that are on their computers. This issue also occurs on CD, DVD, and Blu-Ray drives.

A computer’s drivers are an important type of software than act as the interface between its operating system and its hardware. Without drivers, your PC would not be able to communicate with hardware devices like DVD drives.

Although it is possible to manually update the drivers that are on a computer through Device Manager, doing so is hardly practical. A single computer has hundreds of hardware components, all of which need to have their drivers updated.

Should you encounter problems with your CD, DVD, or Blu-Ray drivers, you should make sure that the device’s drivers are up to date. Install DriverAssist on your PC, and you are unlikely to encounter similar issues in the future.

Take the Computer to a Repair Expert

The next things that you need to do, should all the solutions that are outlined above fail to solve the problem, is take the computer to a repair expert. Here, you will be told whether or not the drive can be repaired and whether you need to purchase a new one.