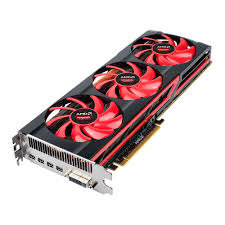 A graphics card, or video card, is an expansion card that your computer uses to create a feed of images to display, such as a computer monitor or television. Often times graphics card are marketed as being dedicated or discrete graphics cards. Dedicated and discrete are both used to describe the same thing.

These distinctions represent the difference between these and integrated graphics cards. To clarify, a discrete graphics card is one that you add to your computer and has all of the resources it needs on the card. It can be powered separately or receiver power from the slot it is plugged into.

An integrated card is one that does not use its own RAM and uses memory from your computer instead. For example, if your computer has 4GB of RAM, your video card can use 1 – 5% of the computer’s available memory for processing graphics. When you buy a new computer, the card that comes with it, is most likely built-in, or integrated, into the system.

A high-performance video card needs a lot of power to run. In some instances, a video card may be the biggest electricity hog in a computer system. Many modern power supplies have a combination of sockets so that they can connect directly to your computer’s power supply.

As power consumption raises so does the amount of heat produced, keeping them cool presents another challenge as well.

Computers that have more than one video card may require power supplies that are in the 1000 – 1500 Watt range.

Computers with multiple high end video cards are built to accommodate heat extraction to compensate for the excess heat that the video cards produce.

A graphics driver is software that lets your computer’s operating system and computer programs to use the graphics hardware that is in your computer.

If you play computer games on your PC, you should keep the computer’s graphics drivers constantly updated to make sure that your graphics card performs to the best of its ability.

It is usually not advisable to update your drivers constantly, but graphics cards are the exception. If you have Intel, AMD, or NVIDIA graphics hardware then this is especially true.

Updates to your computer’s network driver, sound card, or motherboard don’t necessarily result in improved speed. Drivers for these components usually fix bugs. Sometimes they do the opposite of what they are created to do by causing new bugs.

This is not the issue with your graphics card. AMD and NVIDIA are known to release updated graphics drivers frequently that provide performance improvements. This comes in handy particularly for newly released games.

If you have an Intel graphics card, you should also be on the lookout for frequently released drivers.

To be notified of newly released drivers you should sign up for email updates on your graphics card manufacturer’s website.