When and who invented the first computer mouse 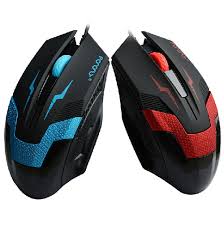 For many computer users today, the question of who invented the first computer mouse and when has never crossed the mind as long as the mouse works well. Out of a desire to know more about the components of our computers, we decided to look at this question. We discovered some pretty interesting facts that we hope you too will find exciting. Before we go on to talk about the invention of the mouse, let’s do a brief definition of what it is just in case there are some among us who still have no idea.

What Is a Computer Mouse

A computer mouse is a device attached to a computer that you control using your hand so that it manages a cursor, which points at a certain part of your computer screen. With time, this device has kept improving. Now, they come wireless and have several buttons and features that the first generation of the first units did not have. The more complicated they become, the more they need to be managed. This is the reason why you will need to ensure that you have the right drivers to run them on your computer. If managing stuff like the mouse on your computer ever becomes an issue, deploy a clever system such as DriverAssist from SafeBytes.

Who Invented the Mouse

Even though Douglas Engelbart started thinking, in 1963, about the issues that would eventually lead to the invention of the computer mouse, it was only in 1965 that the mouse was to be first mentioned as a device related to the computer. It was displayed in public in December 1968. All this happened at the Stanford Research Institute.

Even though many computer users today do not believe that they could ever live a life without the mouse, it took a very long time after its invention before the mouse became popular hardware in the use of computers. The inventor of the computer mouse never got any royalties from it because when he invented the mouse, he was working for a research institute, so all the royalties would go there if there were any.

The Role of Bill English

It would be unfair to speak about the invention of the mouse without mentioning the name of Bill English. When English joined the ARC, he helped Engelbart with the building of the first mouse prototype. They were later to unveil the mouse as a rudimentary gadget that came with a cord that attached to the back, and it looked like a tail. It looked like a common mouse, and thus, it ended up with that name. It was English who would later refer to this device as a mouse in writing in around 1965.

The mouse has become pretty sophisticated with time. This is the reason you would want to ensure that its drivers on your computer are always working properly in order for you to enjoy the benefits it gives you. If you have a software system such as DriverAssist from SafeBytes, things become easier. It will always scan your computer and review the state of the drivers. If they need to be updated, it will do this for you.