Why Your PC May Need Less RAM Than You Think 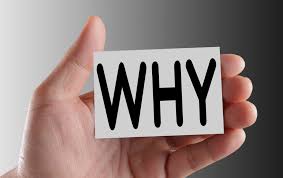 Ask any expert, and you will be told that the addition of RAM is one of the easiest ways you can boost your computer’s performance. To a large extent, this is true: Random Access Memory is a kind of volatile storage that helps significantly speed up performance on computers by temporarily storing data on the programs that are open at any given point in time. As a result, the CPU on a computer does not have to look for everything on the significantly slow primary storage device: the hard disk drive.

In most instances, therefore, adding RAM to your computer significantly boosts its ability to store data on the fast RAM, which means that your PC will have a better and faster performance. However, what most people do not realize is that their computers may not actually need the amount of RAM that they have installed or that they are looking to install. How, you may ask, can this be the case?

How Do You Use Your Computer?

The answer to the above question rests on the uses to which you are going to put your computer.

If you are like most people, you probably only use your computer for lightweight tasks, in which case you do not really need to add RAM to your PC. Most computers today come with an average of 2GB random access memory. This is, for most of us, enough to fulfill daily tasks such as browsing through the internet, streaming and watching movies, and carrying out word-processing tasks.

One group of people that probably needs to move beyond the basics in terms of RAM is gamers. Games demand large amounts of computing resources, which means that more memory is needed in order to achieve a smooth gaming experience.

One way you can significantly boost your PC’s performance without resorting to the addition of RAM modules is through the use of DriverAssist from SafeBytes. DriverAssist is a lightweight device driver management utility that has been designed specifically for the purpose of keeping you going by keeping all the drivers that are on your PC updated.

Why Drivers Are Important

Drivers are an important part of the software that is on your computer. A computer’s drivers act as an interface between the operating system and its hardware. Without them, you would not be able to use your printer, your game controller, or any of the other hardware components that make up your PC.

The unfortunate thing is that most people neglect to take care of the drivers that are on their computers. As a result, they experience a wide range of problems, including compatibility issues and various Windows errors.

This is where DriverAssist comes in. It is one of the few utilities out there that automate the driver updating process. DriverAssist comes with Smart Device Identification and Full Backup and Restore, which means that it can identify and update all the drivers that are on your computer, thus reducing the need for you to do it manually.